We use the three-way TCP handshake in our day to day conversation. Often SYN flood attacks like interruptions drain our energy.

The client sends a synchronize packet (SYN) to the server, which the server acknowledges with the SYN+ACK packet. Then client acknowledges and sends ACK to the server. Both start talking with each other after the handshake. However, that’s not always the case.

SYN Flood attack keeps sending SYN packets till the server exhausts. The idea is never to send ACK (the last handshake). The result is that the server is so overwhelmed that it cannot respond to legitimate requests.

I present the cyber sketch with three characters for the movie night proposal that goes terrible. 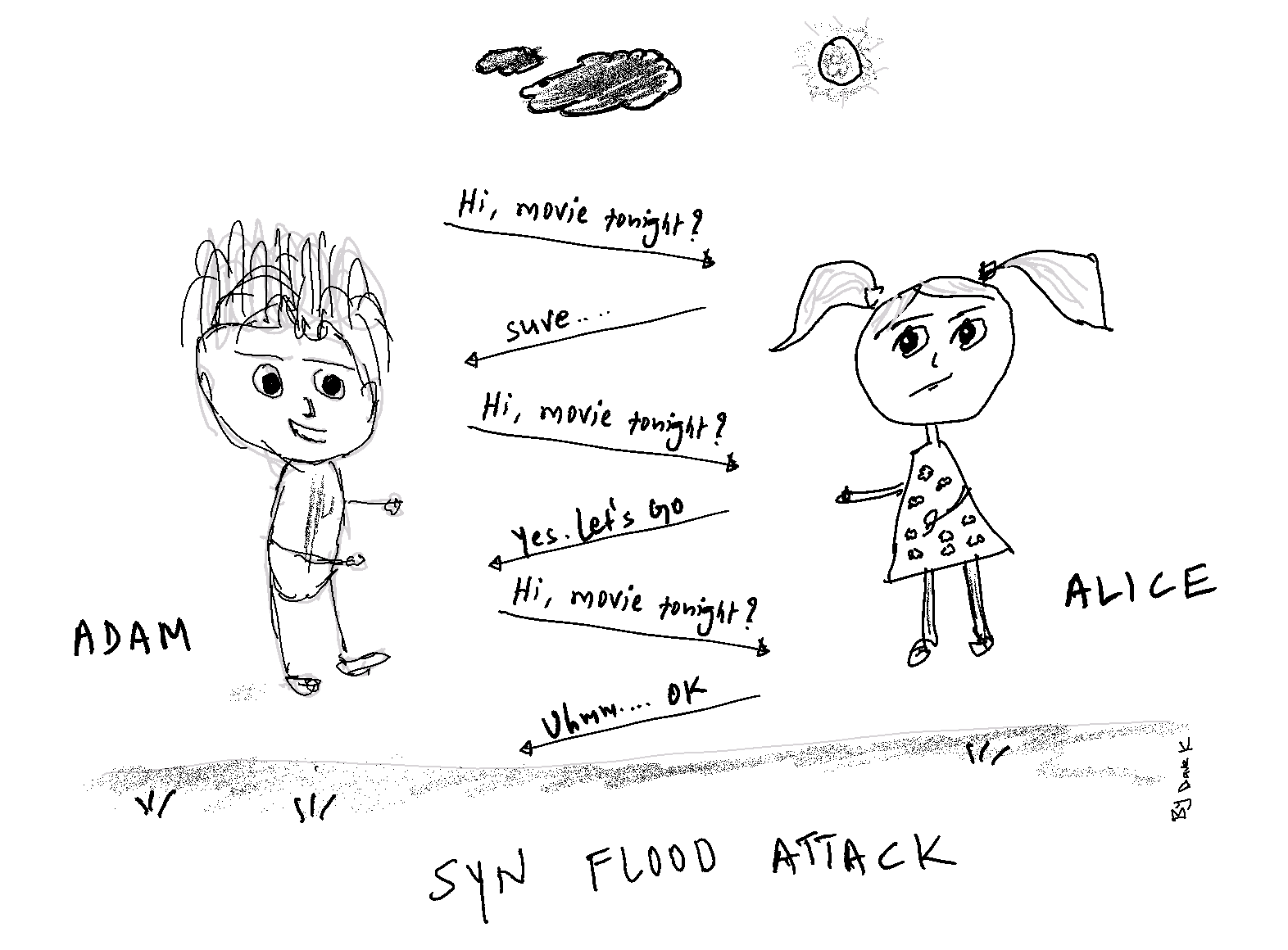 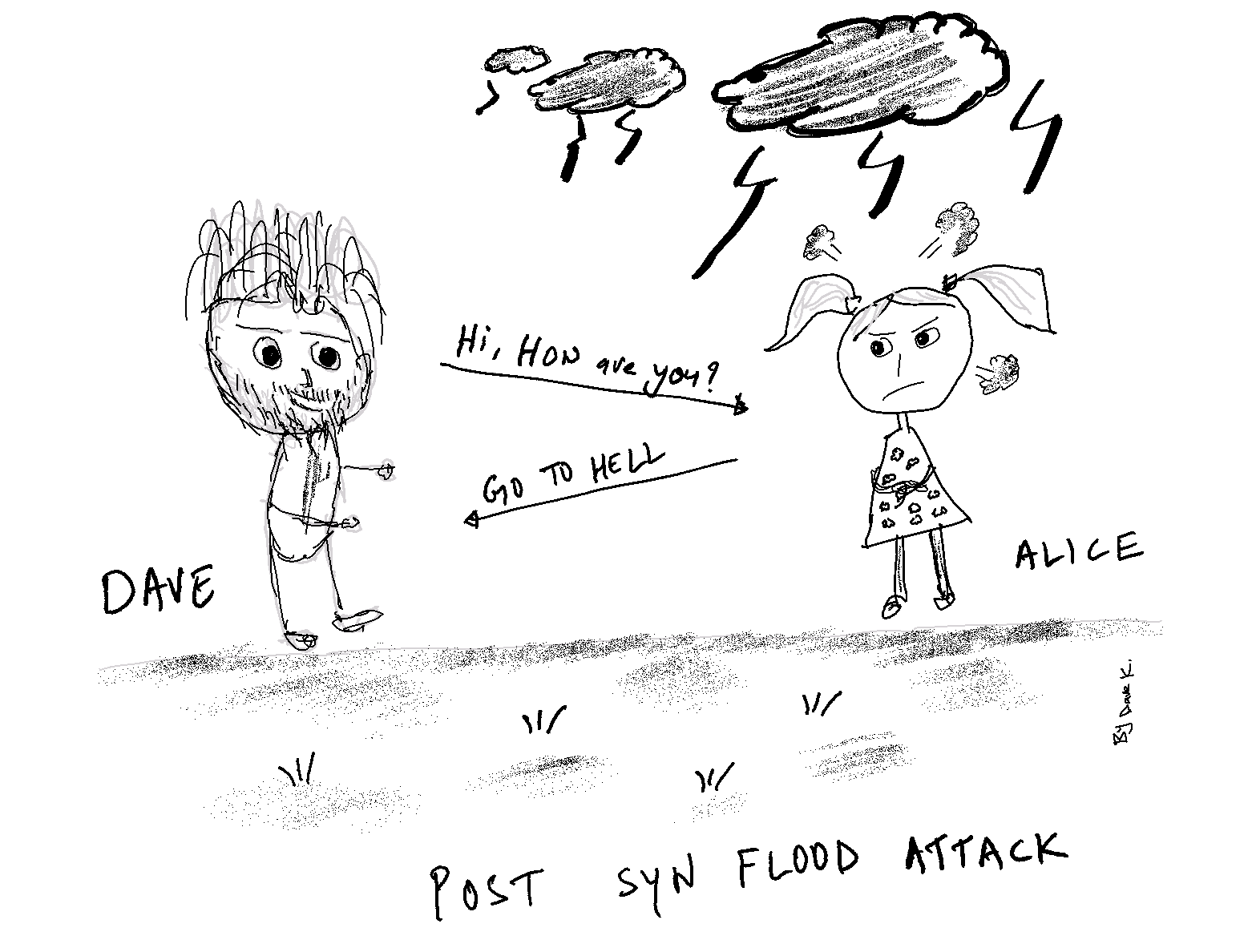